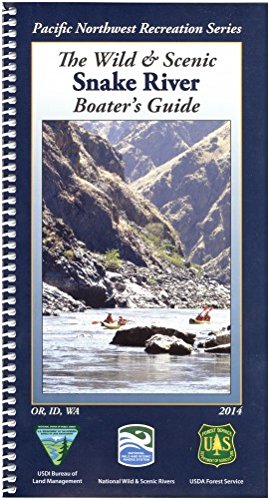 The Snake River likely got its name from the first white explorers who misinterpreted the sign made by the Shoshone people-who identified themselves in sign language by moving the hand in a swimming motion-which appeared to these explorers to be a “snake;” it actually signified that they lived near the river with many fish. Congress designated a 71-mile portion of the Snake River from Hells Canyon Dam to the Oregon-Washington border, as a Wild and Scenic River on December 31, 1975, and and on March 3, 2009, they designated 290.7 miles of the Snake River Headwaters as Wild and Scenic. With its headwaters originating within Yellowstone National Park in western Wyoming, the Snake River flows through the Snake River Plain, through Hells Canyon and farther along through the Palouse Hills; its mouth is at the Tri-Cities in the state of Washington. The Snake is 1,078 miles long and is the largest tributary of the Columbia River. Its drainage basin encompasses parts of six U.S. states. Rugged mountains divided by rolling plains characterize the Snake River watershed.