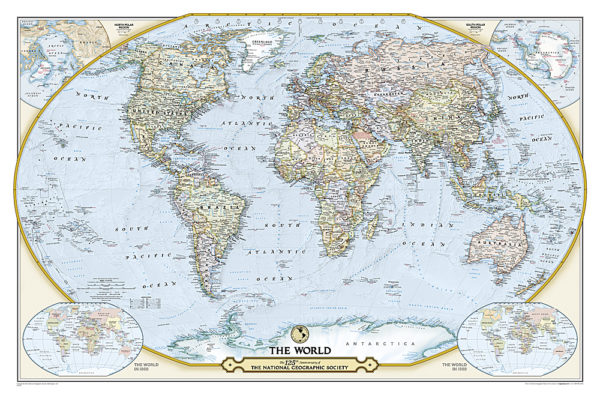 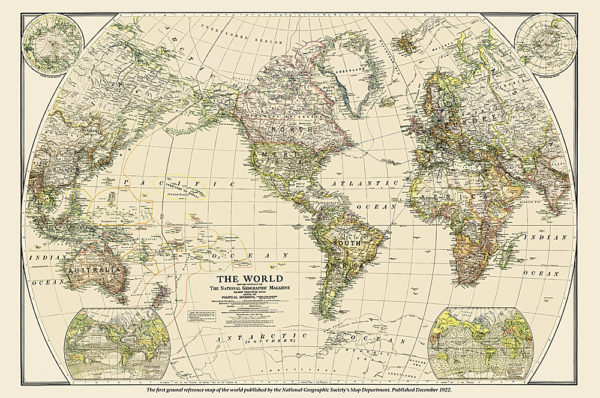 This double-sided world map commemorates the National Geographic Society’s 125th Anniversary with a modern spin on a classic map design.

The front side portrays a contemporary political world accompanied by two inset maps showing the world as it appeared in 1888 and 1988 – the Society’s founding and centennial years.

The reverse side is a world map that was first inserted as a supplement to the December 1922 issue of National Geographic, the first and most detailed world map published by the society.