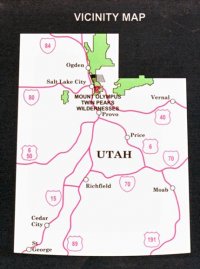 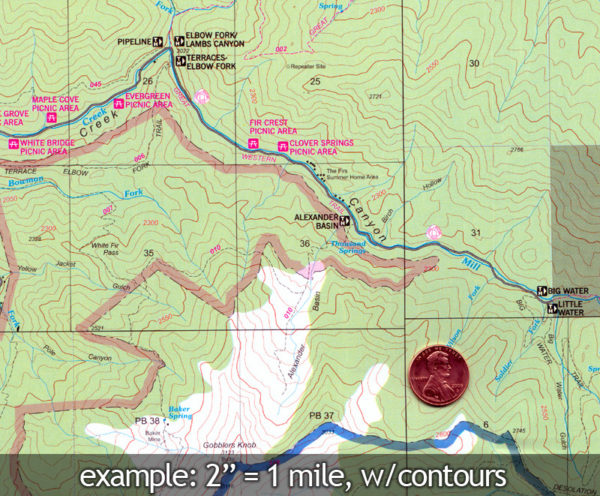 One of three Wilderness areas that form a spectacular backdrop for the Salt Lake Valley southeast of Salt Lake City, Mount Olympus Wilderness consists of narrow canyons and rugged terrain varying from moderate to severe. Elevations range approximately from 5,000 feet to 10,000 feet. The higher country is characterized by large, alpine cirque basins and bare rocky ridges. The higher elevations often have snow until midsummer.

Twin Peaks Wilderness forms a part of the dramatic backdrop you see on the east side of the Salt Lake Valley. Originally carved by glaciation and currently remodeled by erosion, this area consists of narrow canyons and high peaks that combine to form a rugged and spectacular display. Elevations range from just under 5,000 feet to 11,319 feet on Twin Peaks. Much of the higher terrain is classified as alpine and characterized by large cirque basins and exposed rocky ridges.