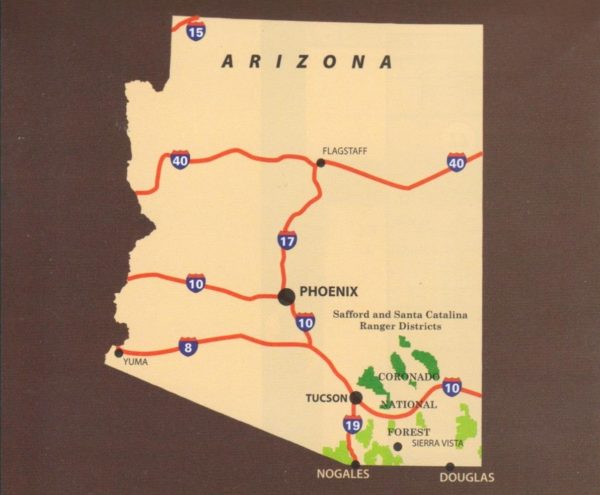 The 1.7 million-acre Coronado consists of 15 mountainranges which rise dramatically from a sea of surroundingdesert. These are sometimes referred to as “Sky Islands.” Elevations frange from 3,000 feet to 10,720 feet above sealevel, supporting vegetation communities as biologically diverse asthose encountered from Mexico to Canada. Views from thesemountains are spectacular and visitors might experience all fourseasons during a single day in the Coronado, spending the morningwandering among giant saguaros and the colorful cottonwoodtrees and playing in the snow later in the afternoon.